We created the foundation “Knowledge Grants Life” in 2020, led by the desire to use our extensive scientific and practical experience, and through working alongside prominent figures from all facets of medicine- to promote the development of medical science.
We strive to facilitate the creation and dissemination of impartial and objective knowledge in different areas of medicine, via the organization of various medical conferences, seminars, workshops and meetings.
We believe that cooperating with similar non-governmental organizations will prove to be instrumental in achieving a higher quality of medical education and healthcare. 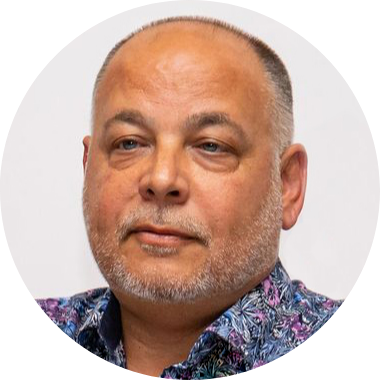 Prof. Ivan Litvinenko has over 30 years of experience in the field of pediatrics and is amongst the leading specialists in the field of pediatric neurology in Bulgaria and Southeastern Europe. Since 2006, he has been certified to conduct the electroencephalogram (EEG) and electromyogram (EMG) tests. He is a member of the Bulgarian Pediatric Association, the Bulgarian Society of pediatric neurology, psychiatry and developmental psychology, the Bulgarian Society against epilepsy and the Scientific Society of EEG, EMG and clinical neurophysiology.
EDUCATION
Graduated Medical University - Sofia in 1984; Specialized in pediatrics in 1990 and completed his subspecialty in pediatric neurology in 2005.
QUALIFICATIONS
Specialized myology in the Institute of Myology, Paris, 1998.
Completed a course in epilepsy under the guidance of prof. Bauer at the University Hospital of Innsbruck, Austria, 2002. ;
He has a plethora of publications and has participated in a multitude of national and international congresses: 2 monographs; a host of textbooks; a total of 110 articles, of which 83 are in Bulgarian journals and 27 are in foreign ones; He has actively participated in 171 scientific conferences, 55 of them were international.
BIOGRAPHY
Prof. Litvinenko began his career as a pediatrician in the town of Kostenets, where he practiced from 1984 until 1986. From 1986 through 2009, he was successively made junior, senior and chief assistant at Medical University – Sofia. Prof. Litvinenko has been practicing at Medical Center “Pediatric health” since 2005. Since 2007, he has been the head physician of the Neurology Clinic at SBAL Children's Hospital „Prof. Dr. Ivan Mitev“.2012-present, he has been named head of the Department of Pediatrics at Medical University – Sofia. He also practices at Medical Center “Pediatric diseases” and Medical Center “Malchovtsite“. He is fluent in Russian, German and English. 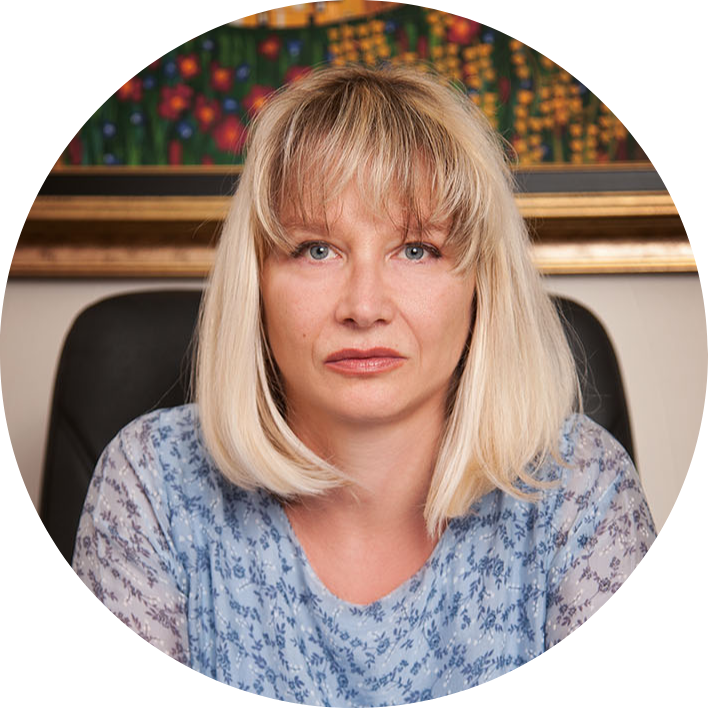 Assoc. Prof. Daniela Avdzhieva - Tzavella graduated Medical University – Sofia in 1997. She began working at the Registry of rare diseases. She did an internship at the Clinic of genetics, SBAL Children's Hospital „Prof. Dr. Ivan Mitev“. From 2005-2015, she was elected as junior assistant and then subsequently promoted to senior and chief assistant at the Department of Pediatrics, Medical University – Sofia. Since 2015, she has held the title of Associate Professor.

She has specialized in pediatrics and medical genetics; she also has a master’s degree in public health and health management.  She defended a dissertation on the subject of “Clinico-genetic heterogeneity in patients with disorders on the autism spectrum” in 2012. She specialized in pediatrics in Osaka (Japan) and in lysosomal diseases in London, Cambridge, Birmingham and Oxford (Great Britain); she has completed various European courses on dysmorphology and metabolic diseases.
She has over 90 publications in Bulgarian and international journals, and has actively participated in over 100 Bulgarian and international congresses. She is a member of the Bulgarian Pediatric Association, the Bulgarian Society of human genetics and the European Society of human genetics. 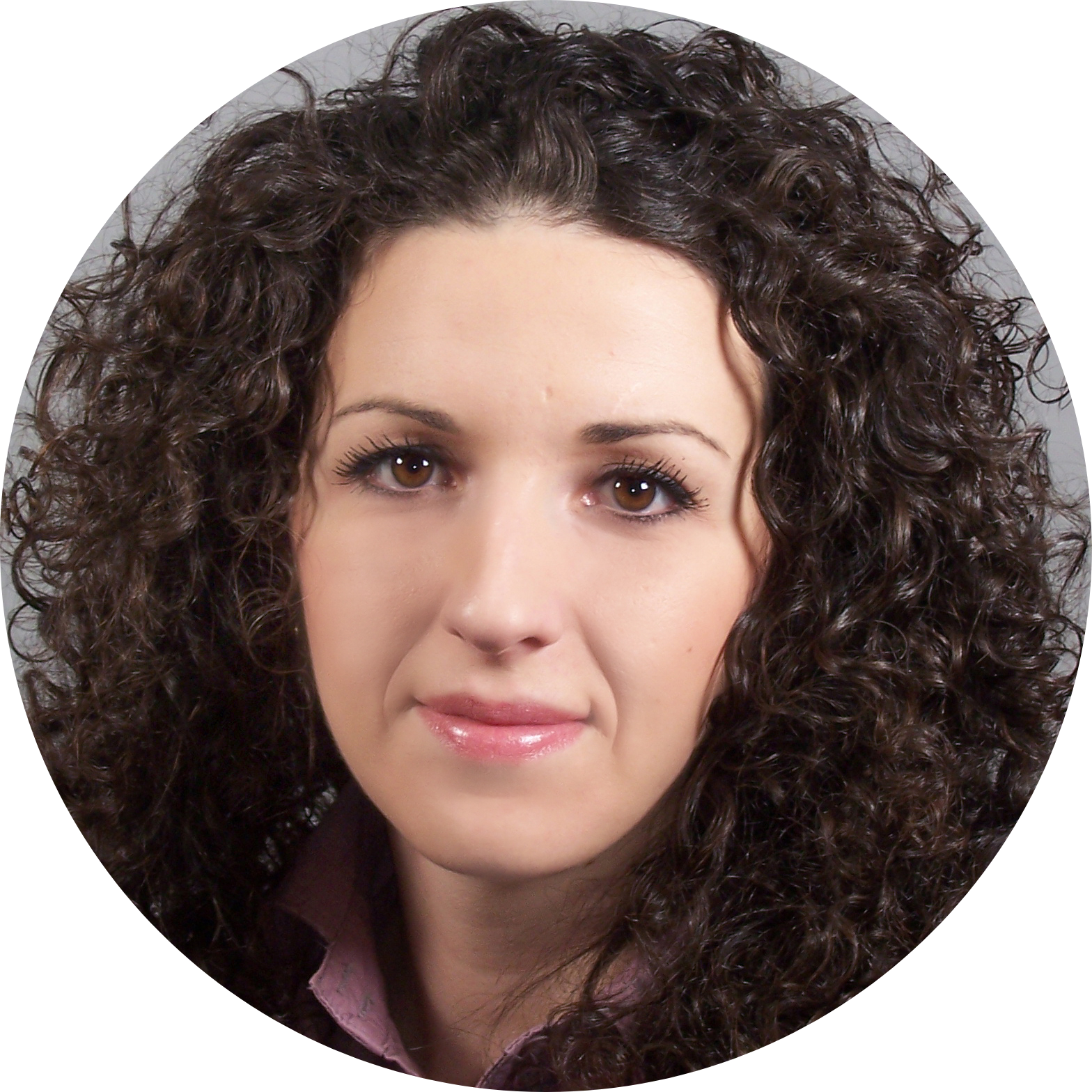 Dr. Genoveva Tacheva is a pediatrician and pediatric neurologist in Sofia, with interests in the area of diagnosis and treatment of epilepsy, epilepsy syndromes and neuromuscular disorders.
EDUCATION
Graduated Medical University – Sofia in 2011. Began her specialization in pediatric neurology at SBAL Children's Hospital „Prof. Dr. Ivan Mitev“ in 2012. In 2014, she was elected as assistant at the Department of Pediatrics, Medical University – Sofia.
QUALIFICATIONS
A member of the Bulgarian Pediatric Association, the Bulgarian Society of pediatric neurology, the Bulgarian Society against epilepsy, the European Pediatric Neurology Society (EPNS);
She has participated in a number of pediatric workshops and seminars.
Since 2012, Dr. Tacheva has been practicing at the department of Pediatric Neurology at SBAL Children's Hospital „Prof. Dr. Ivan Mitev“.Since 2015, she has also worked at  Medical Center “Malchovtsite“. She is fluent in English.